How to choose the best exchange service and save your time? Here is the best option that works perfectly!

Pavel Durov’s team said that selling of Gram tokens has not started yet, and asked users to not fall for scammers’ tricks.

“Some websites offer Gram for sale and pretend to be connected with Telegram. Please be advised that these sites are not official and have no relation to Telegram. Gram has not yet been given to anyone and Telegram is not selling Gram”, - states the official Telegram-channel of the company.

Cryptocurrency worth of $4.4 billion stolen in 2019

According to the research company CiperTrace, the amount of theft and scamming in the sphere of cryptocurrency reached $4,4 billion since the beginning of the year.

The report says that in Q3 of 2019 criminal have stolen the minimal amount during the past years. However, in comparison with the last year, the losses increased by $2,7 billion.

The company’s experts also named the largest crypto crimes of the year: the cryptocurrency pyramin PlusToken ($2,9 billion) and shutting down of the exchange QuadrigaCX ($195 million).

Andreas Antonopoulos, famous bitcoin enthusiast, said that governments act to lower bitcoin’s price, but this is not a conspiracy, it’s just their “job”.

“We know for a fact that when the bitcoin bubble started to go up really fast in 2017, the U.S. Treasury decided to fast-track the deployments of futures markets in order to stop that bubble. A lot of people see that as conspiracy, but if you look at the mandate of institutions like the Treasury, that’s actually their job”, Antonopoulos said in his interview with crypto blogger Ivan on Tech.

According to the analyst, this allowed investors to open positions for on lowering the price of bitcoin which balanced the market, as well as reduced its volatility. 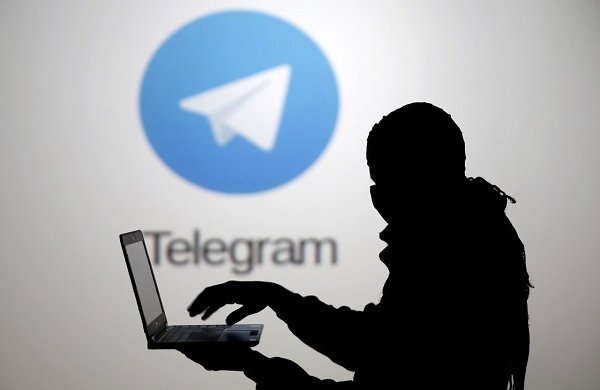 #32 by BestChange
Bank of America named bitcoin the best asset of the decade, billionaires invest into BTC, and ethereum’s volatility is at its lowest

Bank of America: bitcoin is the best investment of the decade

Bank of America Merrill Lynch named bitcoin the best asset for investment of the decade. 1 dollar invested in 2010 would now be $90,026.

For comparison, 1 dollar invested in American stocks during the same period would have the price of $3.46. Myanmar's national currency was named the worst asset, since 2010 $1 invested in it now has a value of just $0.004.

Yet another billionaire bought bitcoins

The number of billionaires investing in cryptocurrencies is steadily growing.

Financial expert Bill Pulte announced his purchase of 11 BTC (around $78,000). He is the CEO of investment company Pulte Capital Partners and is worth about $11 billion. Pulte thinks the main advantage of bitcoin is an opportunity to make a transaction to any part of the world without a middleman. According to the billionaire, bitcoin canmake the life of the poor easier and make the world a better place.

Ethereum’s volatility drops to the level of 2016

Ethereum has been trading in the narrow range of $140-150 for a long time now. According to CoinMetrics.io, ETH’s volatility index dropped to 2016’s lowest.

On December, 8 Ethereum has undergone Istanbul hard fork, which did not lead to the cryptocurrency’s price growth, despite expectations 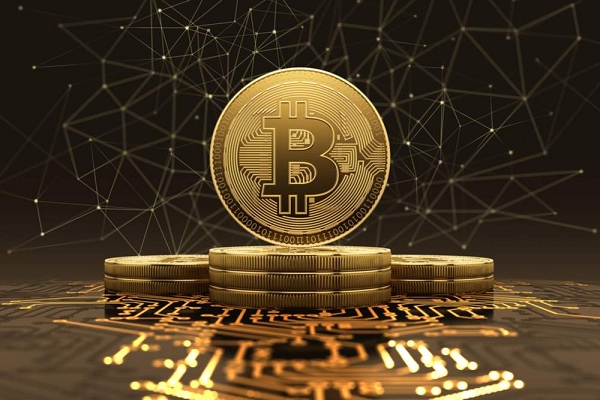 #33 by BestChange
Ethereum’s price is threatened, and the number of bitcoin hodlers is growing

The organizers of a cryptocurrency pyramid Plus Token moved 789 525 ETH (about $105 million) to an unknown address. Twitter account Whale Alert paid attention to the transfer.

Matteo Leibowitz, the Block’s analyst, thinks that scammers can buy Ethereum futures for sale, crash down the spot price and close future contracts with a profit.

In the summer the Chinese police managed to detain the suspects in the Plus Token ponzi scheme case, but access to wallets could not be obtained.

The price of unspent UTXOs in loss hits a record high

The number of unspent transaction outputs (UTXOs) in loss rose to all-time highs above $45 million, according to a research by Glassnode.

This indicates the rise of the number of “hodlers” - people who hold bitcoin despite its price decrease.

Federal Reserve: over 50% of bitcoin transactions are illegal

Lael Brainard, member of the United States Federal Reserve Board of Governors, said that 25% of all bitcoin users participate in illegal operations.
“One study estimated that more than a quarter of bitcoin users and roughly half of bitcoin transactions, for example, are associated with illegal activity”, — the representative of FR said at an ECB event.

She also said that only a third of exchanges meet the requirements for AML (anti money laundering), CFT (combating the financing of terrorism) and KYC (know your customer) procedure. 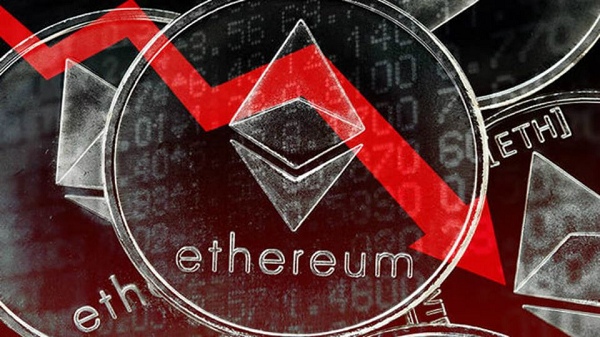 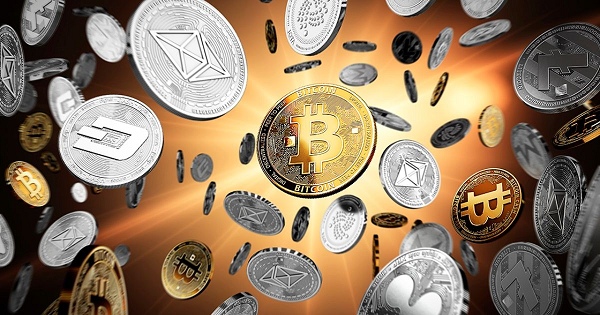 We believe in you and genuinely hope that you will amass wealth, be reasonable with spending and enjoy work-life balance.

As a tradition, we wish hodlers the growth of crypto market, arbitragers – only successful schemes, and we wish miners always work with profits.

Already today you can start building your invincible financial fortress the walls of which will protect you against storms and turmoil. This fortress will help you and your family live the same lifestyle despite all the disruptions behind the fortress wall.

It is time for New Year’s resolutions and goals. Achieving them will make your life interesting, bright and successful. 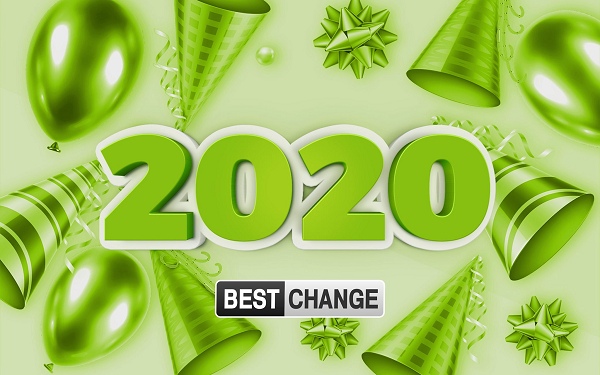 Tone Vays: all altcoins will disappear

Analyst Tone Vays famous in crypto community thinks that the price of the most popular altcoins will drop to zero because they are worthless and cannot substitute for bitcoin.

“Who will use Litecoin when we have Lightning Network, who will use Ethereum when we have side chain Liquid Network? Will people use Binance token? I don’t know because it’s useless”, — Vays said.

Bloomberg: bitcoin will become stronger in 2020

Bloomberg’s analysts published a report with cryptocurrency predictions, according to which bitcoin will become stronger in 2020. The experts note that bitcoin become more and more popular as investment against a weak dollar and global uncertainties.

According to them, limited number of coins and halving of the block reward in May 2020 will account for increasing price of BTC.

“Bitcoin's initial reaction to the U.S. airstrike was a good test of our premise that the first-born crypto is maturing toward a digital version of gold”, — the report says.
On January 3, bitcoin reached its seven weeks’ maximum after U.S. military attack near Baghdad which killed Iraqi general Qasem Soleimani. Chicago exchange CME Group launched bitcoin options trading on January, 13. The core of the instrument are bitcoin futures contracts introduced by the company in December 2017. After the latter were launched, BTC price started going down from its historic high of $20,000 and hasn’t bounced back to that level yet.

On January,14 bitcoin grew by 4,61%, and the majority of TOP-100 cryptocurrencies by market capitalization demonstrate positive dynamics.

127 million of BTC addresses appeared since the end of 2017

Despite bitcoin market being bullish, since 2017 the network got 127 million addresses. According to Decentralized, sometimes the number of new addresses registered within 24 hours reached over 300,000. 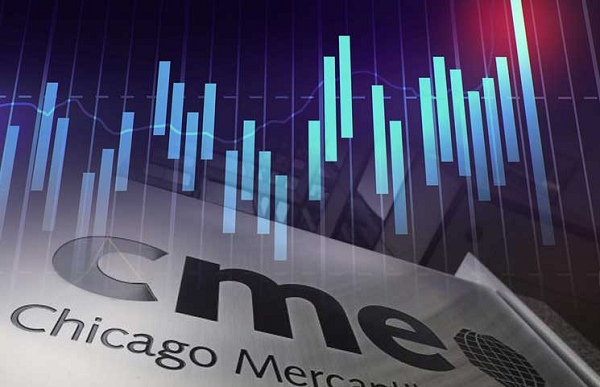 #38 by BestChange
Bitfinex tranferred $1 billion in BTC, and why it is too late to buy BTC

Cryptocurrency platform Bitfinex confirmed that it was them who made the mysterious transfer of 123,447 BTC (around $1,1 billion) registered by bitcoin enthusiasts. According to the company’s CTO Paolo Ardoino, the transaction was a part of a transfer of 150 thousand BTC to the platform’s hot wallet.

As a result of this operation, the second largest bitcoin address has emerged. It should be noted that the commission for the transfer of $1 B was just $80.

Why it’s too late to buy bitcoin now

In the near future bitcoin’s price will not longer increase, BK Capital Management’s co-found Brian Kelly thinks. He notes that
the growth rate of addresses in the network lags behind bitcoin’s price increase.

According to Kelly, back in December the situation was the opposite, when the BTC price was on a decline, the number of addresses continued to increase. He adds that this was a strong buy signal that turned out to be spot-on. 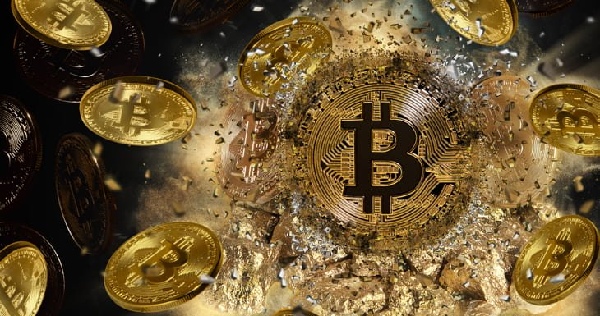 #39 by bordachenkov
I recently opened a new website that gives out bonuses to your Bitcoin wallet every day! Come while it is possible! https://bit.ly/37i5pcV (Required! Install the extension, and you need to go into your cryptocurrency wallet to receive bonuses)
0 x
Forum earnings bitcoin: https://bit.ly/2mNter8

#40 by BestChange
Miners earned $5 billion in 2019, there is a drop of interest to bitcoin as the price rises, and Peter Schiff lost his coins

Miners made an estimated $5 billion in revenue during 2019

As the specialists of The Block counted. Of that figure, $4.89 billion was in the form of block rewards and the rest – some $147 million – was made via transaction fees. The calculations were made based on bitcoin’s price at the time of mining.

Interest to bitcoin is dropping as the price rises

Google Trends is considered as one of the main
metrics of interest in cryptocurrencies among the masses. Almost all the time the number for “bitcoin” searches was growing after the price’s growth, however now the tendency is broken.

This was brought to attention by Twitter user Haejin. Since the beginning of January, BTC has risen in price by $ 2’000, and altcoin capitalization has grown by 50%, while the number of Bitcoin searches in Google has decreased.

Peter Schiff, CEO of Euro Pacific Capital, famous for his negative feedback about cryptocurrencies, said that he had lost access to his wallet. Interestingly, he blames the wallets software in the loss of the coins.

“I just lost all theBitcoin I have ever owned. My wallet got corrupted somehow and my password is no longer valid. So now not only is my Bitcoin intrinsically worthless; it has no market value either. I knew owning Bitcoin was a bad idea, I just never realized it was this bad!”, -Schiff tweeted.

Crypto community suggested that the businessman simply forgot his password and does not want to admit it. 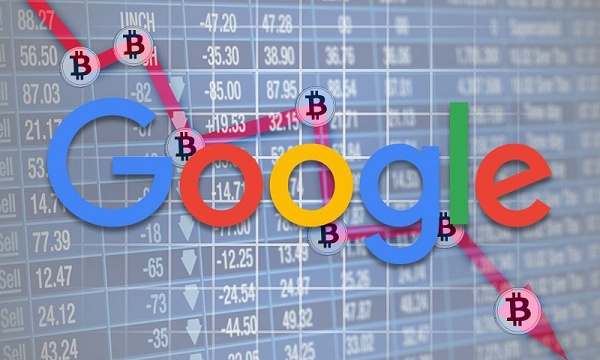